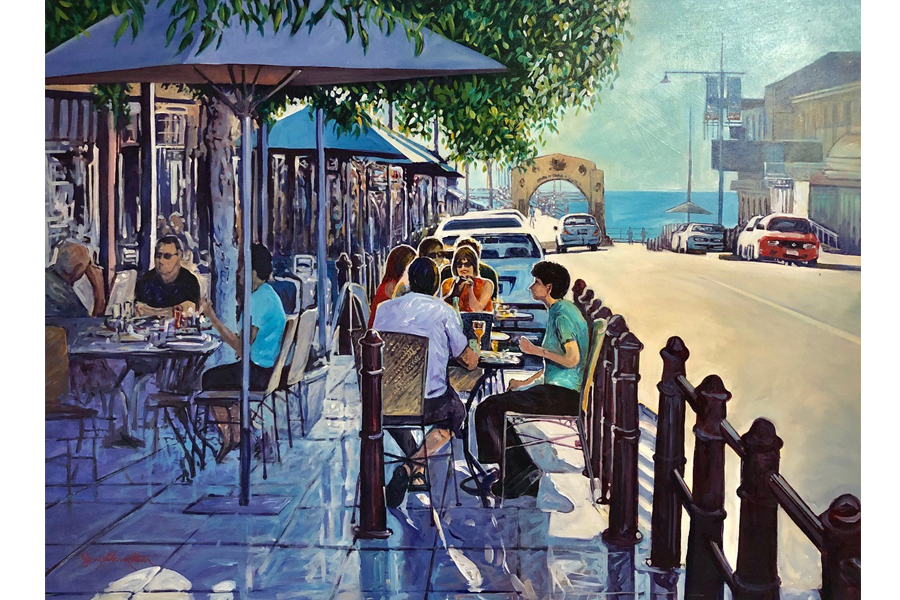 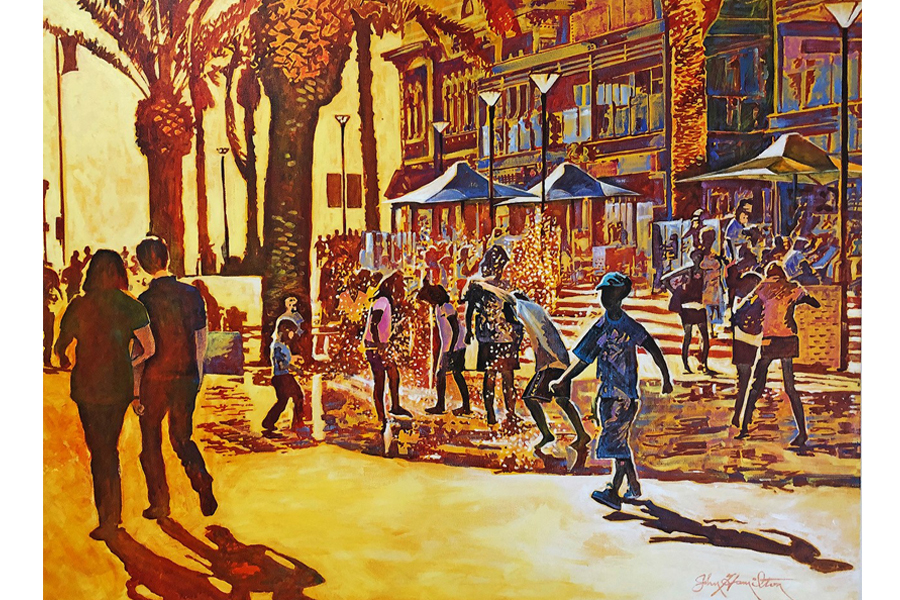 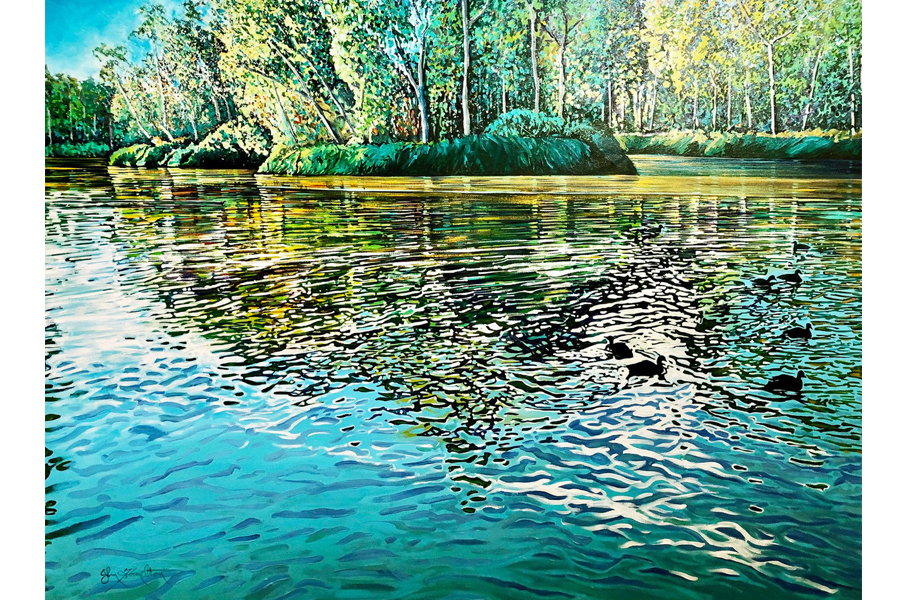 An exhibition of retrospective and recent works by
John Hamilton

John Hamilton is a well-known local artist. His paintings of scenes along the beach between Glenelg and Seacliff are admired and sought after. John moved to Oaklands Park from Sydney 16 years ago and he quickly realized that he’d arrived in an ideal place of inspiration for his painting.

He began his painting career around the same time as he became a house-husband and the full-time father to his five month old daughter. His son arrived three years later and the three of them often ventured out on trips to the Glenbrook National Park to find subjects for his paintings. John has always been fascinated by light and his paintings from this time depict the bleaching out of colours in the midday sun.

When his children went to school John returned to the workforce as a graphic designer. He enjoyed the discipline of creating according to the requirements of the clients and he continued as a graphic designed until he retired. Meanwhile, he kept up his artwork by joining a weekly art class and perfected his skills in watercolour. He was drawn to watercolour because of the transparency and luminosity he could achieve. John enjoyed painting scenes that he found beautiful, peaceful or calming.

Moving to Adelaide opened up new sources of inspiration. John loves having the opportunity to walk along the beach, visit the Adelaide Hills and Southern Vales and go for drives in the country. Most of all he is fascinated by the ways people interact with the landscape. It’s their enjoyment, enthusiasm or concentration that attracts him. He says he is inspired by the vitality of everyday life.

“I only paint a place where I have been. This lets me absorb the atmosphere, take in the mood and get a sense of the scene. It’s usually the particular quality of light that attracts me. My camera is useful for capturing these fleeting moments.
Back in my studio, I combine the photograph with my memory and imagination to create the artwork. This makes my paintings a mixture of realism and impressionism.”

One of John’s favourite pastimes is looking at the work of other artists. He has always collected art books and visited art galleries. He has a passion for the Impressionist painters and painters of the early twentieth century. “It’s difficult to be inspired by other artists without incorporating their style. There are reminiscences of Monet, Van Gogh and Picasso in my work.”

In recent years John has had the pleasure of travelling to Britain and Europe to see the original paintings of his favourite artists. He has visited galleries, gone on tours following in the footsteps of artists and visited their homes and studios. Through these experiences John has been inspired to paint some of places he has visited.

John’s exhibition titled ‘Celebrating Life’ is a product of many years of painting with works presented from the year 1977 to the present. It’s a tribute to his 50th Wedding Anniversary celebrated in early October and to his 75th birthday in November.